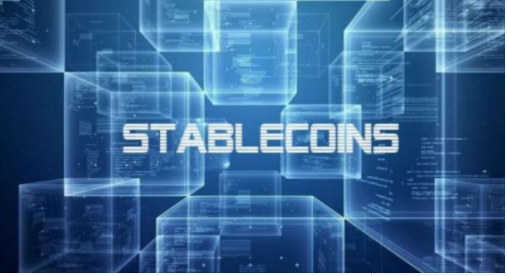 Could Stable Coins Detail the Growth of Floating Cryptocurrencies?

The spread of COVID-19 has driven investors into alternative assets especially those that are less volatile. The US dollar has received the brunt of investors distaste for an asset that is manipulated by the stimulus. In the wake of the spread of the coronavirus, the Federal Reserve reduced interest rates to zero and introduced several programs including an unlimited quantitative easing stimulus. Additionally, the Federal Government has unleashed a 3-trillion dollar stimulus followed by a 2-trillion dollar giveaway, which is likely to be renewed in August. The rapid printing of money in the US has diluted the value of the US dollar and revised the need to purchase cryptocurrency coins.

The volatility in the capital markets beginning in February has led to a shift in investor demand, especially in the crypto currency market. There seems to be a robust demand for stable coins as opposed to cryptocurrency coins like bitcoin and ethereum that float with market sentiment. Several companies are floating the idea of providing a stable coin to customers.  For example, PayPal is rumored to announce a partnership with Paxos to offer crypto trading. This comes on the heels of Mastercard expanding its cryptocurrency program.

The demand for a stable coin comes as consumers and investors are demanding a cashless and contactless shopping environment. Consumers are less interested in going to the bank and getting cash and like the idea of paying through cashless systems such as Paypal’s Venmo. The shift to a telecommuting working environment and the closer of many retail businesses has helped buoy the demand for cryptocurrencies which are more enticing to businesses as well as investors. The demand for a digital economy and the introduction of crypto-based services by more established payment processors could provide the impetus for the mainstream adoption of digital currencies.

The Move towards Stability

Recently, stability has increased as a factor of importance in the cryptocurrency market. Following the surge in popularity in 2017 following the massive runup in exchange rates, the subsequent bursting of the bubble in 2018 led to fear and less interest given the massive volatility that was associated with cryptocurrencies. While this led to interest as an investment in cryptocurrencies, the concept of having a payment mechanism with a coin that could rise and fall with massive volatility turned businesses off. This occurred again as COVID-19 began to spread throughout the world. The crash of equity markets around the globe in the wake of the spread of the coronavirus saw some of the major cryptocurrency’s crash. They now have seemed to return to February level, but still scaring businesses who are considering using these products as payment processors.

The Benefits of Stable Coins

One sector of the cryptocurrency market that has outperformed during this period has been stable cryptocurrency coins. Instead of floating with market sentiment, the value of a stable cryptocurrency coin is tied to a fiat currency. For example, Tether (USDT) is equivalent to $1. While the coin might move as the dollar changes against other fiat currencies (the dollar exchange rate against the Euro could change by 5% over a month), the coin is fixed to an individual currency. This does not help investors who are looking for an alternative to the dollar, but it does provide a stable mechanism for businesses that are transacting in dollars.

The demand for the stable coin has been on the rise since the December 2018 market crash and has continued to accelerate. For example, in the wake of the stock crash in March 2020, Tether’s daily transaction volume sharply rose by $50 billion to nearly $100 billion. While confirmation is still lacking that PayPal is involved with Paxos, a letter from PayPal to the European Commission shows that the payment provider was working on crypto capabilities. Paxos introduced Paxos Crypto Brokerage which is a financial solution that integrates cryptocurrency transactions. Paxos takes care of the underlying regulatory and technological complexity.

The upshot is that businesses are interested in an alternative to the dollar as part of their payment mechanism but in the wake of recent market crashes in December of 2017 and March of 2020, there has been a concerted move into a stable cryptocurrency coin. While investors might be drawn to cryptocurrency because of their robust volatility, businesses are looking for a more stable coin that might be tightened to a currency like the US dollar. This appears to be the case given the robust rise in capital flows into stable coin Tether in the wake of the March swoon. Looking forward it remains to be seen if stable coins with continue to gain traction but they do provide a solution for several different businesses.