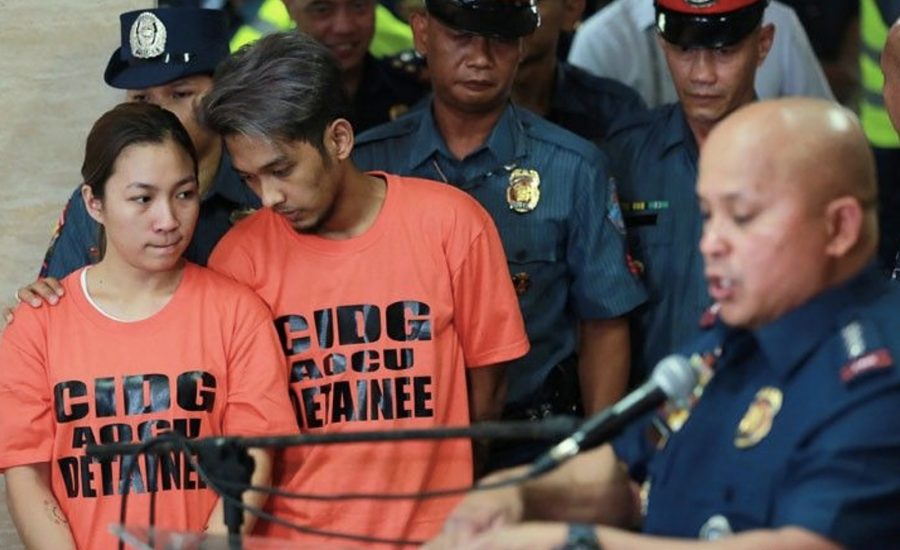 Couple Gets Arrested for Cryptocurrency Fraud Worth LKR 14B

Sri Lanka – Authority in Colombo, Sri Lanka, detained a Chinese couple with a local on October 30 after their involvement in cryptocurrency fraud.

The Chinese couple and the locals involved in the crypto fraud got about LKR 14 billion, worth $37,891,504. The Financial and Commercial Crimes Bureau of CID detained three suspects for the massive crypto fraud.

According to the police, the local who committed the fraud with a Chinese couple was a Sri Lankan named Lamahewage Shamal Keerthi Bandar. The authorities arrested the couple at the Katunayake International Airport.

The Chinese couple scammed about 8,000 people, as per the spokesperson of the police, which started on Sunday Island Online. The police also said that Bandara began conning customers in 2020 when he had an office at the World Trade Center. The three suspects misled unsuspecting customers by promising these people high returns once they invested money in cryptocurrency. They engaged in conversations with probable investors at five-star hotels and convinced people to engage in the so-called “pyramid scheme.”

The suspects made a special application for the pyramid scheme, which displayed investors almost five times the income of the investments in digital assets. Yet, these were not able to enjoy the income.

On another note, China is preparing for cryptocurrency’s return, and Hong Kong is the key. The next bull run will be knotted to when China adopts the digital asset market. Hong Kong may be the assessment ground for Beijing to test with BitMex’s former CEO, Arthur Hayes. As per hays, the next run will start when China returns to the crypto market, where Hong Kong plays a significant role in the process.

Hayes explained why he believed the announcement of the government of Hong Kong about a bill to control cryptocurrency. He thinks it’s evidence that China is trying to jump back into the market.

One reason is that Hong Kong serves as the proxy of China through with countries around the world interact. The bull crypto market will come back when China is back in cryptocurrency. Even though the process is slow, there are signs of growth already.

Hayes claimed that Hong Kong might serve as the testing ground of Beijing for experimenting with digital asset markets, as well as a hub for the capital of China to enter worldwide digital asset markets. These flows will support the pillar of the succeeding bull crypto market if they emerge as Hayes imagined.

Hayes emphasizes that its strategy of Beijing to lessen its position will not weaken the internal financing system, which includes the reorientation of Hong Kong as a pro-cryptocurrency country.